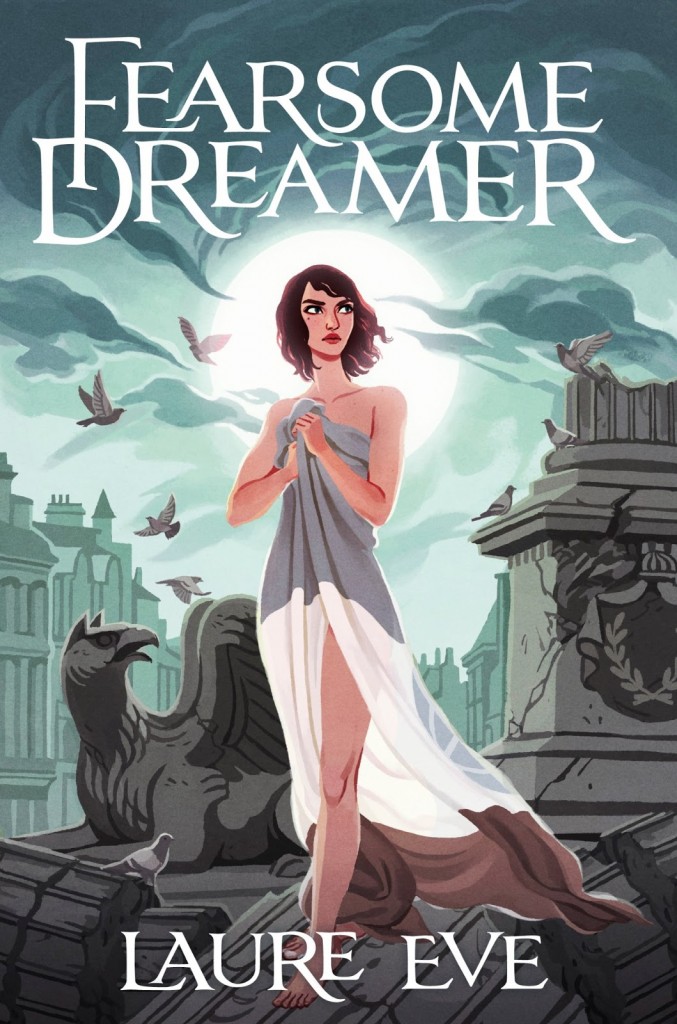 There is a world where gods you’ve never heard of have wound themselves into hearts, and choice has led its history down a different path.

This is a world where France made a small, downtrodden island called England part of its vast and bloated empire.

There are people here who can cross a thousand miles with their minds. There are rarer people still who can move between continents in the blink of an eye.

These people are dangerous.

I had no expectations going into reading this, and having received a proof copy from our editor (Laure and I share the same editor at Hot Key), there’s not that much out yet in the world about this book. Come October though, that’s all going to change.

Fearsome Dreamer is a seductive, imaginative novel that I just could not put down. It draws you in slowly, unfurling its story and its characters in such a beautiful, easy way that, about a third of the way in, I realised I’d fallen in love with everything about Fearsome Dreamer, and I read the rest of the book over a day and a half. Plus, Laure writers with an incredibly descriptive, dreamy but simple prose that you slip so effortlessly into the narrative (I’m very jealous of her skill, really). And don’t even get me started on that ending.

Pre-order it now. This is going to be huge.