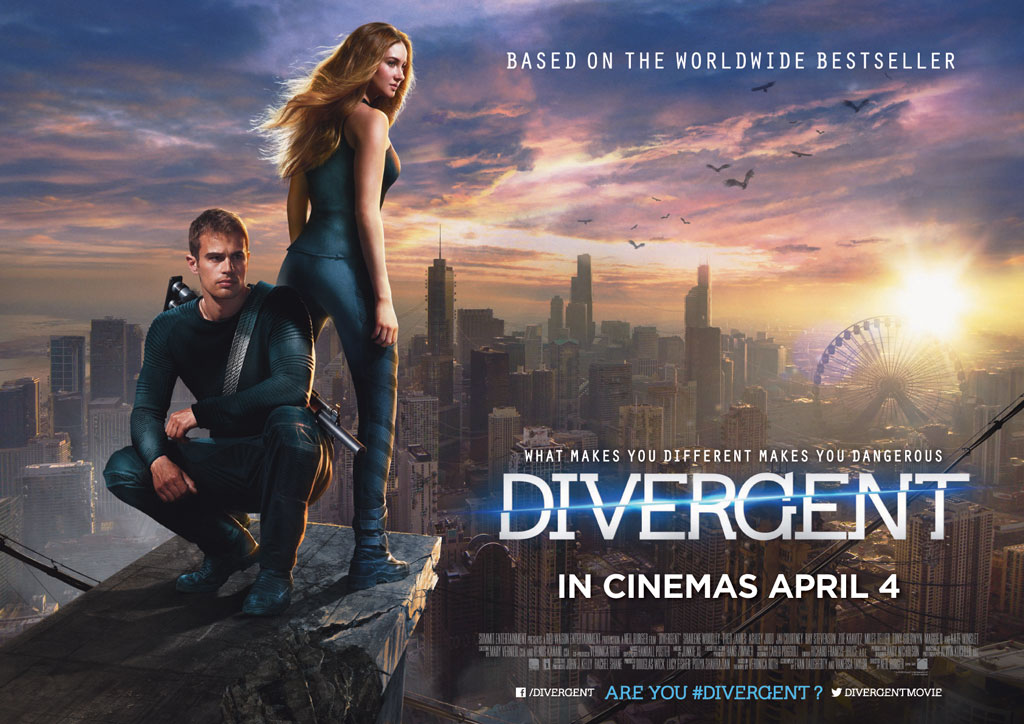 Holy wow do I have something exciting to post about today dear readers!

If the title didn’t kind of give it away (I know, subtlety is my speciality), I’ve got two tickets to the European premiere of DIVERGENT in Leicester Square this Sunday to giveaway! How awesome is that 😀 I also have two tickets, so I’ll see you there! It’s always been a dream of mine to attend a red carpet premiere, and the fact that the first one (she says, like there’ll be more) I’ll be attending is a film adaption of one of the biggest YA series ever is pretty darn exciting. Here’s all the info …

On Saturday March 29th and Sunday March 30th Leicester Square will be transformed into the dystopian world of DIVERGENT, where fans will be invited to undergo initiation tests and, like Tris Prior, choose where they belong. Would you survive in Dauntless? Fans will be put through their paces with Dauntless training to see if you are brave enough to join their faction! (Free for anyone to attend.)

The European premiere of DIVERGENT is at Odeon Leicester Square on the Sunday at 1.30pm, attended by stars of the film Shailene Woodley, Theo James and Kate Winslet! So not only can you discover the world for yourself, you can walk the red carpet, mingle with the stars and watch the film before it’s released in the UK!

Enter here for your chance to win this once in a lifetime experience. If you aren’t lucky this time, you are still in with a chance – get down to Leicester Square early as there will also be a limited number of premiere tickets given away to fans on both days.

Premiere timings for the ticket winner:

Sound exciting? Um, YES IT DOES! Enter via the below form to win. I’m running the giveaway in conjunction with my other blog Girl in the Lens so our followers over there can enter too. Good luck everyone! Hopefully I’ll be seeing you very soon on the red carpet 🙂

Poll: Do you Write in Chronological or Non-Chronological Order?
29 July, 2014
Teaser for The Memory Keepers
11 March, 2014
My Writing Process #mywritingprocess
24 February, 2014