A stunning novel about the power of hatred, revenge – and love. 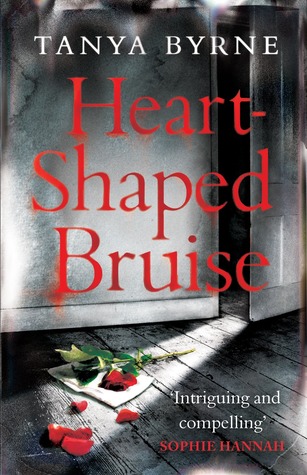 The police. The newspapers. The girls from school who sigh on the six o’clock news and say they always knew there was something not quite right about me.

And everyone believes it. Including you.

Told from the diary-style writings of Emily Knoll, a girl awaiting trial for a crime we don’t yet know, Heart-Shaped Bruise explores the story of two girls whose lives have been wound together by the actions of their fathers. Emily Knoll didn’t know she was the daughter of a gangster until Juliet Shaw stabbed her father. Now, Emily wants revenge.

This is a taut, immersive thriller with a narrator who is often despicable but at the same time, utterly utterly human. Byrne has crafted Emily masterfully – she’s an engaging character, complex and difficult, and you’re drawn deeper into her story and mind with every turn of the page. The diary-style format and short chapters, and the way Emily tells her story jumping back and forth between before her arrest and after all build the suspense. I read the book in two sittings, I was so immersed in Emily’s story and desperate to find out all the details, and felt ragged by the end of it.

Raw, tense, and powerful, Heart-Shaped Bruise will keep you thinking long after the last page – just how far will someone go to break apart the person who took away everything they love? And in the end – who is it they’re really breaking?